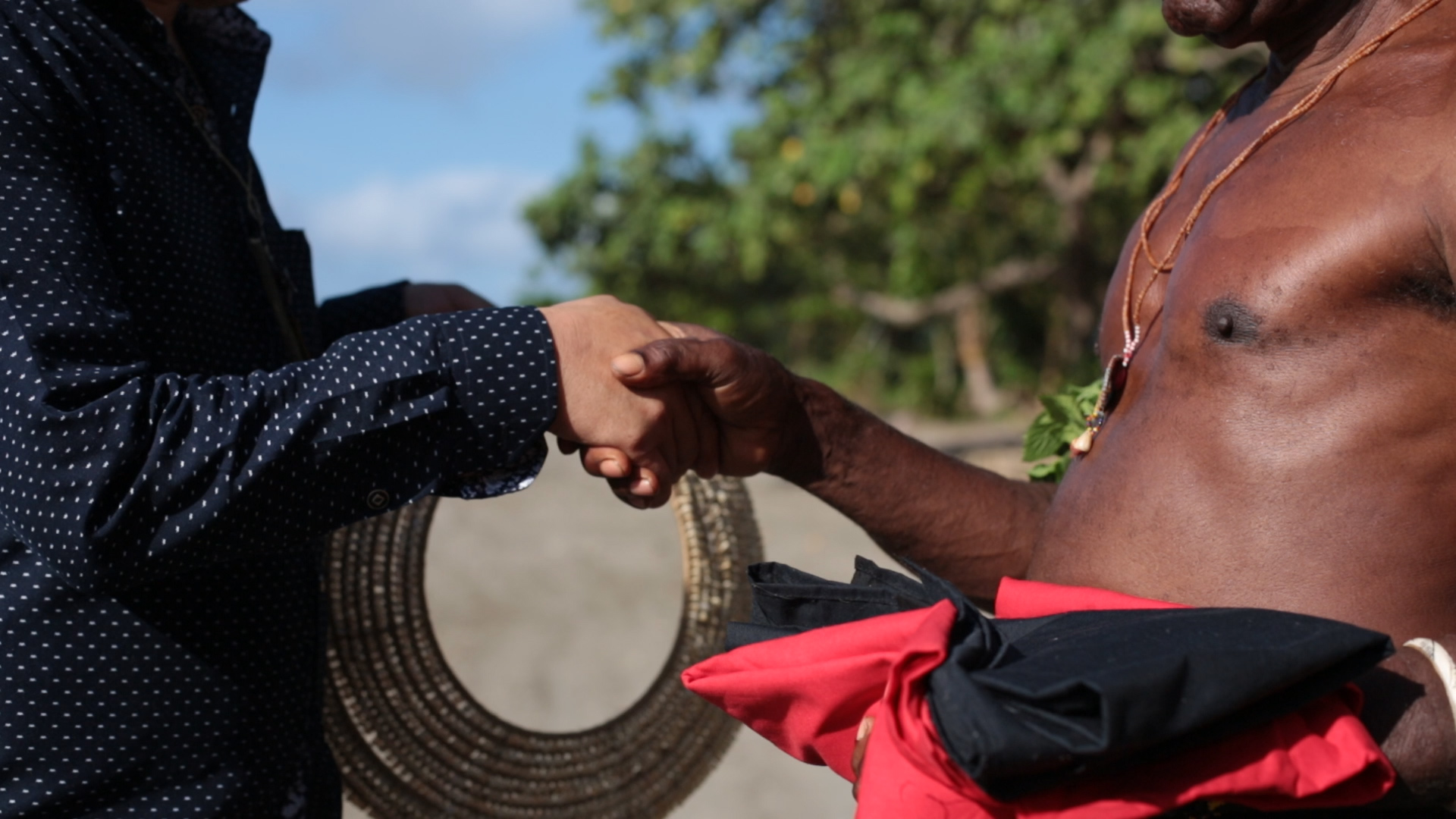 Upon arrival to new found lands in the Pacific, strips of red cloth were thrown into the sea prior to landing on the shore by visiting Europeans to build an initial rapport with the locals. Given the language barriers of the time, materiality became a language that was used to liaise, trade and exploit Indigenous peoples, ultimately leading to cultural transformation, destruction and adaptation.