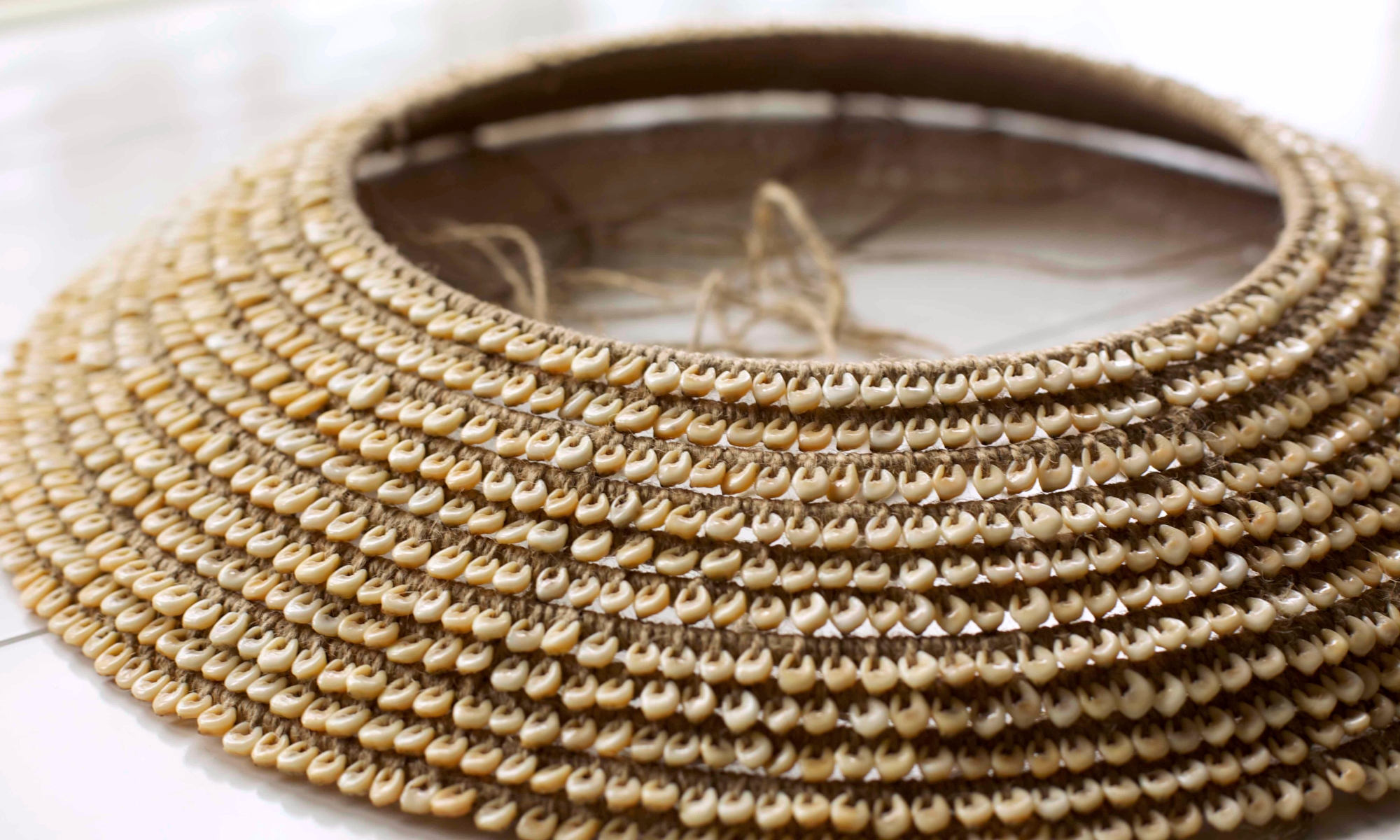 The midi (middi) is part of a group of body adornments specific to Gunantuna culture called Kurkurua, some of which were impacted and culturally transformed through colonialism, religion and trade in the late 19th century. Discovering midi’s in Australian and international museums became the focus of my MFA by Research at RMIT University. Read more here…