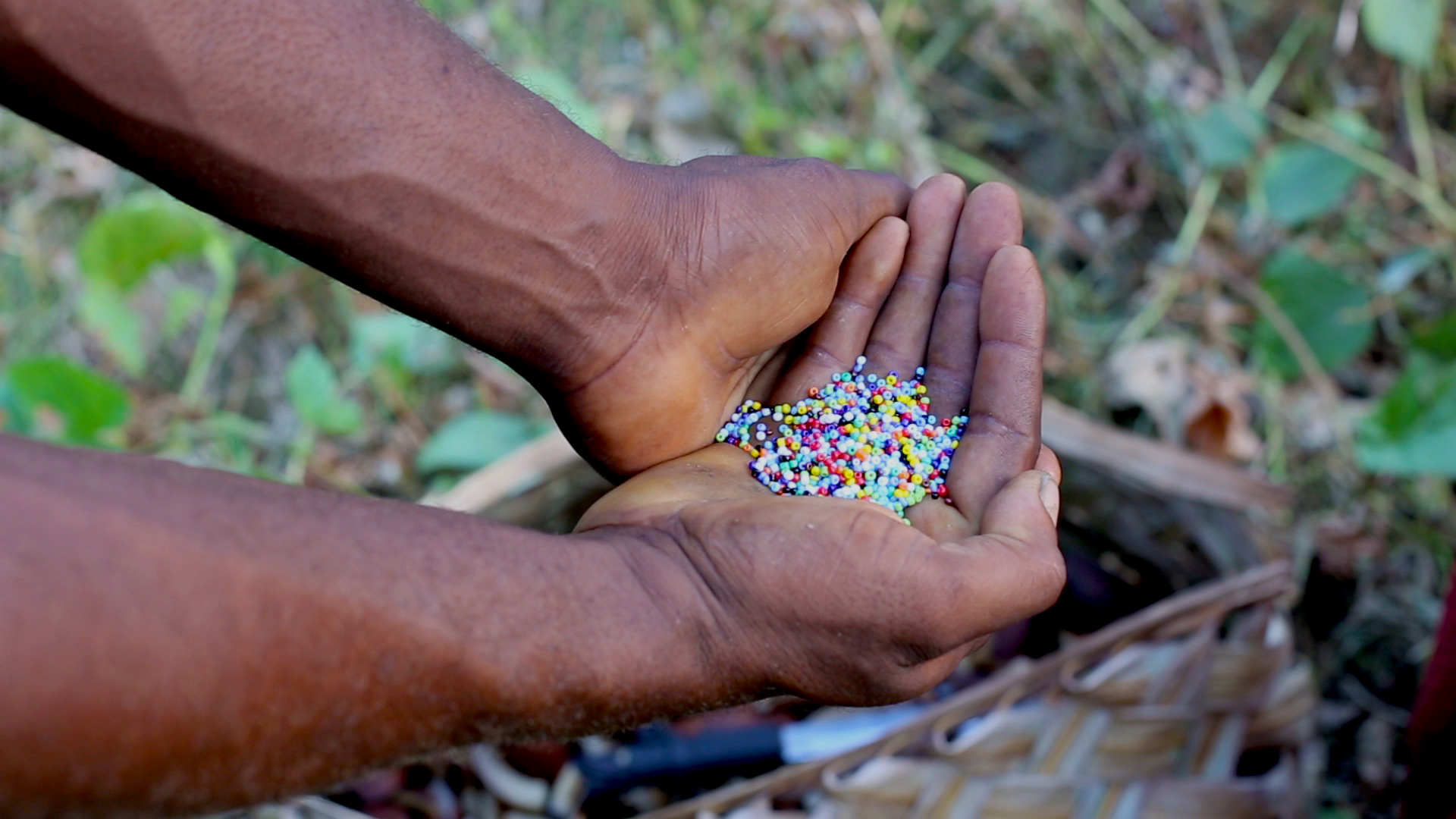 “Despite the appalling risks, the traders came in in increasing numbers, for the trade was lucrative. The natives developed a great desire for beads, red cloth, mirrors, knives and tobacco. The Godeffroy men, as they had done already in Samoa showed them how to dry coconut kernels and make copra, and this became the medium of exchange. One palm-frond carrying basket would contain from three to twelve pounds of very dirty copra and the rate of exchange was one thimble-full of coloured beads for one pound of copra. The value of the copra, in Europe, was from 8 to 16 pounds per ton, the traders got 2 pounds per ton commission for it when it was gathered in this way. The profits were huge.“